Click here to read our latest issue of PANACHE

In 1966 the core sport of lawn bowls was left out of the commonwealth games for the first and only time in the games history. The reason for this was because the country that held the games had no facilities to play the sport. The host country was Jamaica. Fast forward 47 years to 2013 when @bowlsjamaica Andrew Newell held the first of the KNCC championships to help raise the profile of the sport within the Caribbean community. Now with a KNCC championship held every year since and opening the first lawn bowls green in Jamaica and the Caribbean, we fast forward to 2018! Where Jamaica has now been officially named as a development member of world bowls ltd. Jamaica will be sending 2 bowlers to the Gold Coast commonwealth games @mervynedwards Mervyn Edwards and @bowlsjamaica Andrew Newell for the first time in history. How about that for an achievement?

Give them your support at:

From Cool Runnings to Reggae Rollers, a South London man is taking Jamaica’s first ever recognised bowls team to this year’s Commonwealth Games. Jamaica hit the headlines in 1988 when they entered a bobsleigh team in the Winter Olympics in Calgary.

That spawned the hit film and the athletes went onto become world stars. This weekend, Andrew Newell, of Battersea, is jetting off to Australia’s Gold Coast for the tournament with teammate Mervyn Edwards.

The opening ceremony is April 4 and the Jamaican pair’s first match is April 5.

It took Andrew, 44, five years to set up and get the Jamaican Lawn Bowls Association internationally recognised.

“I investigated playing for the Jamaica team with World Bowls, which is like the FIFA of bowls,” said Andrew, who has played bowls for 15 years.

“And they told me – ‘you can’t play for Jamaica because they aren’t a member’.

“From there, I did everything that I could to get there and set up a Bowling Association in Jamaica.”

The Kamballa Estate resident set-up the Kermit Newell Championship Cup (KNCC) in 2013 – named after his late father – so he could recruit an unofficial Jamaican team.

“I set up the KNCC to raise the profile of bowls in the Caribbean community. If I could do that then I could find players for the team.

“It was hard originally but after 2015 there was a regular influx of smaller international teams – from Sweden, Macaw, Belgium and the UAE – these guys are always down for the events.

“It was hard. But I kept going because I was told that I couldn’t do it. But I could see I was getting closer every year. It wasn’t as if we weren’t good enough. I knew we were close.”

Once the team – nicknamed the Reggae Rollers – had a solid membership core, Andrew flew to Jamaica to register the Jamaican Lawn Bowls Association. 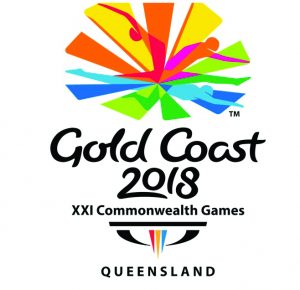 They were recognised by World Bowls Ltd on January 22 on “development” terms which opens the door to enter major international tournaments.

“We opened Jamaica’s first bowling green in 2015 – hopefully we can see some home-grown talent there.

“The sport can do a lot for the country and for a lot of people. In KNCC matches we have a sound system playing, we aren’t worried about the noise. We’re recreating the game in Jamaica.”

Andrew, a behavioural support specialist for youngsters, trains at Crystal Palace Indoor Bowls Club in Anerley Road, Anerley. He is writing his second children’s book and has launched a Reggae Rollers clothing range.

He said: “I’m pretty excited about going to the Games but I’m trying to keep my head down and work and practice. I want to be in the best that I can be.”

GOLD COAST, Australia (AFP) — Forget the Jamaican bobsleigh team — the Caribbean island is taking a bash at the genteel sport of lawn bowls for the first time at the Commonwealth Games.

A pair of wise-cracking best friends known as the “Reggae Rollers” are set to turn heads when they make their bow in Gold Coast this week.

Andrew Newell and team-mate Merv Edwards have created quite a stir since arriving in Australia, so much so that Jamaica’s former world champion sprinter Yohan Blake stopped them in an elevator.

“Yohan Blake was in the lift today and he actually said to me and Merv, ‘Are you guys the bowlers?’ It was very, very cool,” the London-born Newell told AFP in an interview.

“I’m in the (Jamaica) team now and I’ve got to pretend it wasn’t a big thing,” joked the 44-year-old, lamenting his failure to take a photo with Blake.

“I’m here for a couple of days so I might be able to photo-bomb selfie him or something.”

Newell caught the bowling bug when he was 30, attracted by the sport’s chilled vibe.

“I went to my local park in London and just stuck at it ever since,” he said. “It was sort of calming, like chess on grass.”

Newell, whose parents are Jamaican, was teased at first for taking up a quintessentially British pastime associated with cups of tea and cucumber sandwiches.

“My friends took the mickey — like ‘You’re playing an old people’s sport’ or whatever,” said Newell.

“But the more I got into it the more my friends and family appreciated what I was trying to do.”

– ‘Cool Runnings’ –
When Newell enquired about playing for Jamaica in 2013, he was told the country wasn’t a member of the sport’s ruling body — it didn’t even have a bowling green.

Undeterred, he organised his own competitions before eventually setting up the Jamaican Lawn Bowls Association.

Comparisons with the Jamaican bobsleigh team, who melted hearts at the 1988 Calgary Olympics and were immortalised in the movie “Cool Runnings”, are inevitable.

“I would have done this without ‘Cool Runnings’,” insisted Newell, who trains to reggae music. “But I do understand there’s going to be comparisons made and I’m cool with that.”

“People are asking if they’ll make a film about us,” laughed the 68-year-old, who was born in Jamaica but lives in the English city of Birmingham.

“I’m a leg-puller but we’ve got a job to do,” he added. “I don’t want to go home not winning a game. We’re good enough to get to the final.”

Newell got the idea for the Reggae Rollers name from the Jamaican football team.

“All the Jamaican national teams have got a nickname,” he said. “You’ve got the ‘Reggae Boyz’, and the ‘Sunshine Girls’ do netball. It just works I think.”

Newell has even launched a Reggae Rollers clothing range and appears at ease with his new-found fame.

Reminded he had a photo to take with Blake before the Games start Thursday, Newell shot back: “Maybe he’ll want to get a selfie with me!”